Quick-Access To the 5 Best Rode Mics for Vlogging👇

Whatever you’re using to create vlogs, whether a smartphone, tablet, or professional DSLR camera, you’ve probably already got a built-in mic.

And you’ve probably realized that it sucks.

That’s why you need a decent external mic, and Rode makes some of the best around.

In fact, they make five of the best around, and they’re right here for you to check out. 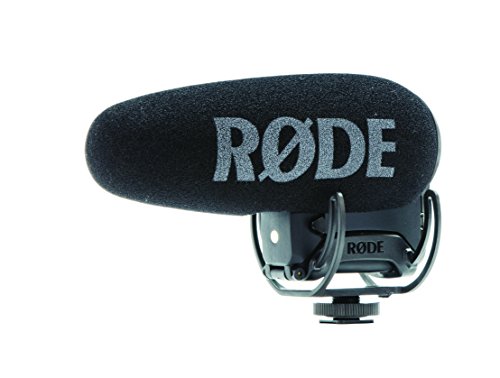 Rode VideoMic Pro+
The upgraded version of the Rode VideoMic Pro, this is a seriously capable vlogging mic.
Buy Now on Amazon
We earn a commission if you click this link and make a purchase at no additional cost to you.

The Rode VideoMic Pro+ is the best Rode vlogging mic for the money because it has three power modes, a perfectly-optimized windshield shape, and comes with a 10-year warranty. Plus, It has a built-in Rycote Lyre suspension mount, which keeps the mic capsule acoustically isolated.

Rode has been making high-quality recording microphones for some time now, yet somehow manages to keep the cost of their equipment low, and the VideoMic Pro+ is exactly the same.

If you’re capturing audio from your camera or phone at the moment, you’ll notice the difference in quality instantly – this is a top tier microphone that delivers professional-quality sound.

The audio output from the Rode VideoMic Pro is via a 3.5mm audio cable, which should connect fine to most DSLR cameras, and into your phone with an appropriate adaptor. 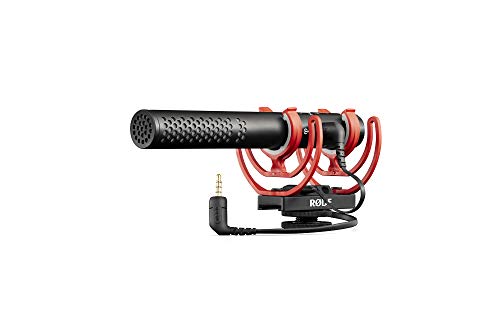 Rode VideoMic NTG
A professional shotgun mic that mounts easily to your camera, the Rode VideoMic NTG is an industry go-to.
Buy Now on Amazon Buy Now on Sweetwater
We earn a commission if you click this link and make a purchase at no additional cost to you.

The Rode VideoMic NTG is the best Rode mic for vlogging because it has a narrow and accurate pickup pattern, plus digital controls for the switch -20dB, high-pass filter, high-frequency boost, and safety channel.

It has both a 3.5mm output and a USB output, making it suitable for recording to DSLR cameras as well as smartphones, a flat frequency response for accurate sound capturing, and incredibly low self-noise, keeping your audio clean and clear, just how you want it.

Modeled on Rode’s industry-standard NTG shotgun mic, the microphone offers a transparent, natural sound with strong off-axis rejection, and even has a unique infinitely variable gain control to get your mic settings perfect. 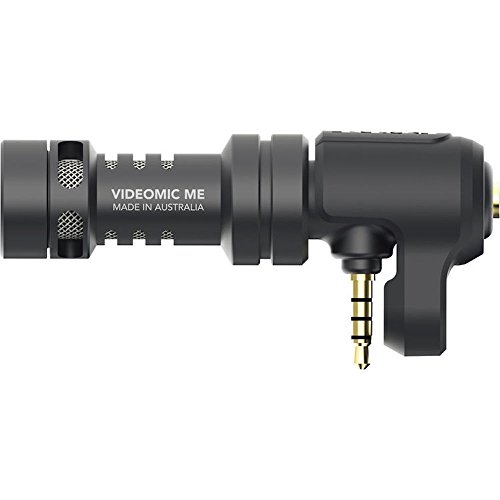 Rode VideoMic Me
Budget mics don’t have to mean budget audio, and the Rode VideoMic Me is here to prove just that.
Buy Now on Amazon
We earn a commission if you click this link and make a purchase at no additional cost to you.

The Rode VideoMic Me is the best cheap Rode mic for vlogging because it comes in well under $100 and offers easy integration with smartphones and a refined professional sound.

Rode’s deluxe fluffy windscreen is also included which keeps wind noise out and ensures your signal is clear.

This baby is super compact, and it’s ridiculously lightweight, weighing in at just 34g.

That makes it an awesome option for traveling vloggers who need to keep their carry-on baggage light. It will easily fit in your camera bag, or even in your pocket!

With a frequency range of 100Hz-20kHz, the Rode VideoMic Me gets rid of unwanted low-end rumble and really focuses in on the source, thanks to its tight cardioid polar pattern.

The Rode VideoMic Me might be one of Rode’s cheaper mic, but it’s a very capable device that will deliver a serious sound upgrade.

Key Features of the Rode VideoMic Me

The Rode VideoMic Me-L is the best Rode vlogging mic for iOS because it plugs directly into the base of your iPhone or iPad via the lightning connector.

It also has a separate 3.5mm output for audio monitoring, making it a plug and play solution for iOS vloggers, without all the setup fuss.

There’s no shock mount included with this little guy, but it does come with a clip to keep it stable when attached to your iPhone, as well as a furry windscreen for reducing wind noise.

The Rode VideoMic Me-L covers the entire frequency range for a natural, professional sound quality, and implements a cardioid condenser capsule which is super sensitive and highly directional.

Rode VideoMic Vlogger Kit for USB-C Devices | Sweetwater
The perfect solution for Android vloggers, this kit even comes with a tripod and LED camera light.
Buy Now on Sweetwater

The Rode VideoMic Vlogger Kit for USB-C Devices is the best Rode USB-C vlogging mic because it comes with an epic, professional sounding mic, as well as a clip-on LED light and a miniature tripod stand for your phone.

Plus, it plugs right into your USB-C device without the need for external cables.

There’s also a handy little headphone jack at the back for low-latency monitoring.

The audio quality from the cardioid condenser mic is fantastic, as you’d expect from a Rode mic, and it can handle fairly loud sound sources too.

Inside the kit, you also get a mini tripod stand, the legs of which fold down into a handle, making this the perfect kit for vloggers looking to get their selfie-mode on.

You’ll also get a small LED photography light that attaches to the top of the handle, and gives you up to four hours of lighting from a single charge!

The Rode VideoMic Vlogger Kit for USB-C Devices might be compact and affordable, but this thing delivers pro-level results.

So, there you have it.

You can’t go wrong with a Rode mic, so choose the right model for your device, and get creating!