There’s an age-old debate in audio circles regarding analog and digital mixers, not just when it comes to mixing, but also among guitarists and music listeners alike.

Which mixer is better? Are the mixers even that different?

Should you mix in the analog or digital realm?

Analog refers to physical equipment such as mixing desks, outboard compressors, an elaborate console, and effects.

By contrast, mixing in digital refers to using a computer based system, namely DAWs (digital audio workstations) such as ProTools, Logic, Ableton, Cubase and Reaper, among others. An analog mixer is different from a digital mixer!

The truth is, most mixing engineers actually use a hybrid system in practice. This one may involve doing some processing inside the DAW, and some using outboard gear.

Even if they aren’t doing any processing in the box (using the computer aka digital), chances are they are still using one DAW to record and store the tracks, and then running them back through a mixer for analog signal processing.

There are a few arguments at play when it comes to mixing and which mixers are best: 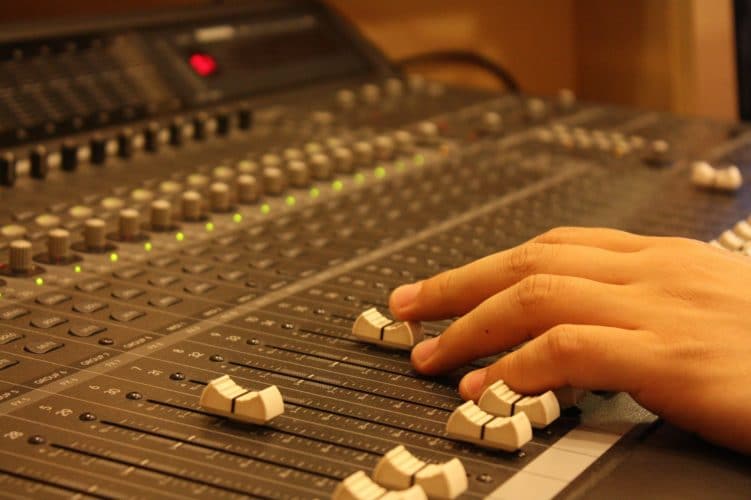 The main argument for using analog equipment opposed to digital is the sound difference.

It is generally agreed that sound sources processed using analog gear sounds richer, smoother, warmer, and more natural. By contrast the criticism of digital sound processing mixers is that they can sound harsh, cold, robotic, or lifeless.

If you consider it on a technical level, this makes sense. Sound after all does not exist naturally in 1s and 0s, it is a vibration that travels through the air, i.e. it exists in physical space. Mixers should reflect that life, not reduce it.

It is then captured by allowing the signal to vibrate the microphone capsule, and that energy is converted into an electrical signal that can be sent down a cable.

In the analog realm, this signal is then captured on tape by manipulating small magnetic particles which represent the waveform and can be read back by the tape player. So, we are still in the physical domain here.

And as we process these audio signals using EQ on the desk, or outboard compressors, or in your console, each of these minute changes are applied using physical electrical components.

This process means that each one piece of equipment imparts its own sonic imprint based on its circuitry and components, all of which combine to deliver what’s often referred to as ‘analog warmth’.

All of this doesn’t exist in one digital audio workstation, where the audio signal is cut up into millions of tiny samples (between 44100 and 96000 or more samples per second of audio in the digital realm) converted into 1s and 0s, and processed as such.

All of the processes you apply in the box are a series of algorithms (again 1s and 0s) that imprint changes on the audio track to produce the desired result in your digital world!

On the surface, it might be easy to see how the sound of analog may be preferable. In practice, most people may not be able to really tell the difference between tracks mixing in the new fancy digital vs those in an analog mixer.

The funny thing is, many plugins are in fact emulations of analog gear, replicating the distinct sonic signature that they are famous for.

It’s even extremely common to use one tape or channel plugins in a DAW, which replicate the sound of a new track recorded to tape, or being mixed through an analog desk.

Ease Of Use & Flexibility 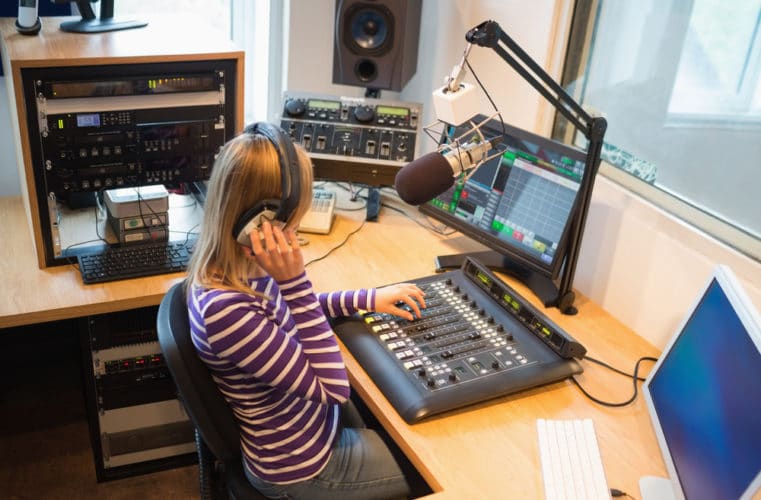 On the other hand, in the box mixing offers a ton more flexibility and ease of use than analog. All you need is a slightly new laptop or computer and a DAW for your digital work.

Let’s say you’re working in the analog realm and you want to apply some EQ to a vocal track, and a little compression using your beloved Urei 1176 compressor.

Assuming you’ve already assigned all of the outputs to the desk channels, and have all of the faders up, the first thing you’ll need to do is patch in the compressor unit.

This involves finding the new channel insert send and return as well as the compressor input and output on the patch bay, and connecting them in the correct manner using a patch cable to the mixers.

Depending on the desk, you may need to switch in the channel insert, then do your thing using the compressor’s controls.

Seems simple enough so far, but now you want to EQ the track to remove some offensive frequencies from those mixers. You use the low cut to take out the unnecessary low end, and the high shelf to give the vocal track a bit more air.

You notice a couple of areas of concern, and use the parametric EQ to make decisive cuts at 400Hz to remove some of the boxiness, and at 3kHz, as the vocal is a little nasal.

But something isn’t quite right, the vocal track needs more presence in the 5kHz area. Problem is, you’re out of EQ bands. Good thing you’ve got an outboard EQ unit.

So it’s back to the patch bay, unplugging the output from the compressor into the input of your EQ, and the output of that back into the channel insert return. You dial in a bit of presence and everything is sounding great.

Turning your attention to the drums, you notice that the snare is lacking a bit of punch, so you decide to beef it up a bit using your 1176. Oh, wait…

That’s the problem with analog. Apart from the laborious effort involved, you have only a finite amount of gear to work with in that you only have what you have in your mixers. Here’s what this same process looks like in digital:

You click on a free plugin space and insert an 1176 emulator, and dial in some compression. You drop in an EQ plugin below and cut, filter, and boost as necessary. If you run out of bands (unlikely), you simply add another EQ plugin. Want to use that same compressor on the snare? No problem! Load up another instance of the plugin mixers…

When it comes to ease of use, digital has it hands down. Digital mixers trumps analog mixers. 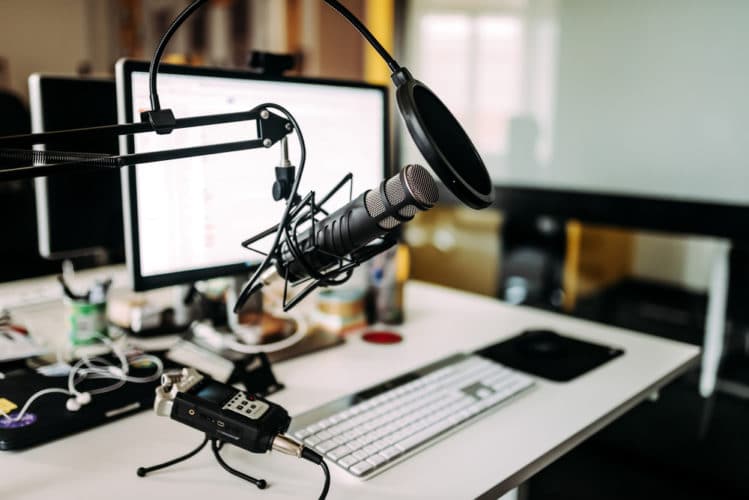 Sorry, analog devotees, digital wins here too. Newest, aka digital, will usually win in this area.

The simple fact that DAWs typically cost around $200-500 where mixing desks are in the thousands is enough to make the point, but the fact that DAWs also come with a ton of free plugins at this price really seals the deal.

Digital mixers will leave their analog mixer predecessors in the dust.

Plus accessories like a mixing console or plugins will be exponentially cheaper.

And they are good, we mean, good. Better even.

That Urei 1176 we mentioned before? Almost $3k. For a new one. We’re not talking about the desirable vintage units here, which go for thousands.

Both ProTools and Logic (if not others, even better ones), come with a FREE 1176 emulator plugin that does an insanely good job. Plus, you can use it as many times as you like.

So while analog puts up a pretty damn good fight, ultimately it’s mixing in digital that wins the bout, for better in different arenas.

The digital mixer will trump that analog mixer in any contest.

Sure, we all love a great big mixing desk, some sexy outboard compressors and a solid spring reverb unit, but the reality is that this is out of the reach of many of us, professional engineers and bedroom enthusiasts alike.

Mixing in the box is cheaper, more accessible and flexible, and better. To be honest, in many cases you can’t tell the difference between digital and analog effects. They are just that good.

So, if you’ve got deep pockets, then go ahead and experiment with some analog gear and mixers, and set up a hybrid approach to mixing. If you’re like the rest of us, DAWs are the better way to go.